On 11th April 1984 a few folk-song lovers met at the «Café Zeutzius» in Fetschenhaff (Luxembourg city) to discuss the foundation of a choral society. Thereupon, a committee was elected to the usual procedure, and was entrusted with the difficult task of founding an association by 1st January 1985.

The committee was made up of:

Thanks to the dedication and the hard work of all the singers and the conductor René Hornick, it was possible to present the Lidderuucht Lëtzebuerg association to the public in the «Sang a Klang» room in Pfaffenthal, the 12th december 1984.

We are dressed as the bourgeoisie (fe: Lawyers, notaries, noble compatriots) from the 19th century, specifically between 1820-1890. Luxembourg had no own fashion. We were influenced by cities such as Paris, London and Berlin. Various garments are originals, others were copied by hand.

The skirts were widely issued until about 1860/1870. Later, the wide petticoats were always narrower. Up to seven petticoats were modern, just like ivory fan, parasol and the very small bag, "Ridicule" called. Earrings hung to the shoulder. The handkerchief was kept as an ornamental cloth in hand. Shoes and boots were 4-5 cm high heels.

By 1850, men's fashion was very colorful; in 1860 the fashion begin with costume in united color and later he transferred to black. The walking stick with a silver knob was a status symbol, as is the cylinder or straw hat (canotier) and meerschaum pipe. Till 1896,the pants had no creases; this was introduced by the "Prince de Galles". After 1830, the beards came into fashion in all style imaginable. 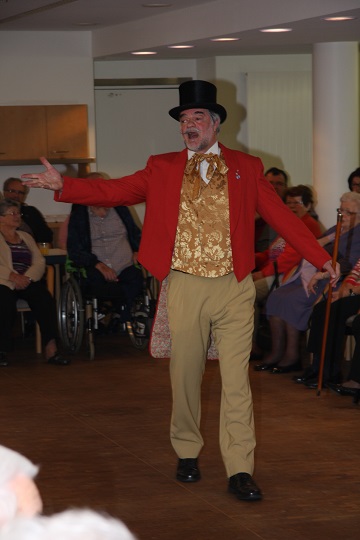 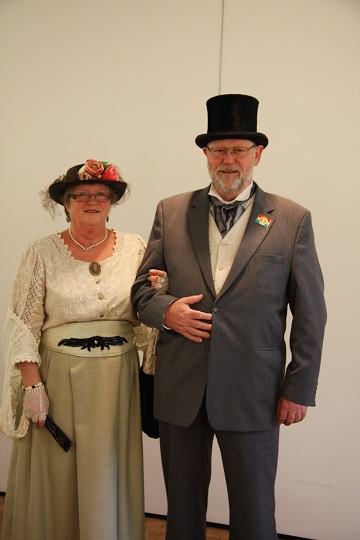 This website stores cookies on your computer. This information will be used in accordance with the European General Data Protection Regulation to make our websites more interesting and better in the future. Everyone benefits from this analysis. If you activate this tracking analysis in the future, a cookie will be stored in your browser for 999 days.
Okay Decline